I believe it was the Basecamp guys back in 2008 who coined the term “manager of one” when it comes to discussing the desired traits for a successful and happy remote-worker. Gitlab also adopted this terminology in their handbook, and it does seem that there’s a general agreement across the board that this is one of the most important traits to look for when hiring a remote worker.

Given the above, it should not surprise anyone, that in their recently published research “Remote Working: Personality and Performance”, Ian MacRae and Roberta Sawatzky, are showing the potential of HPTI (High Potential Trait Indicator) when it comes to trying to help to predict the success/fit of a remote-worker.

I perceive their research as another important piece in the puzzle of building and running high-performing and happy remote-teams. The paper takes the “gut feelings” of the hiring managers and formalizes those into discrete and specific personality traits.

The paper doesn’t only discuss the personality traits in the context of the hiring process but goes further to discuss the remote-worker happiness as well as his preferred feedback methods/cycles (i.e., get to know your employees).

Based on my experience that consists of the screening of thousands of remote-workers, I find the personality profile/traits as a good data-point to look at when in doubt, or when needing to choose between several great candidates. My take is that the results of these tests should always be taken with a grain of salt, and should not be used as a boolean hire/no-hire gate but rather as an additional data-point in the hiring funnel process.

Having said that, I do believe that a great hiring manager that is keen on building high-performing long-lasting teams should become familiar with the terminology of – Conscientiousness, Adjustment, Curiosity, Risk Approach, Ambiguity & Competitiveness. 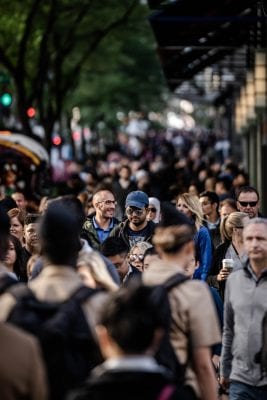 We want to help you find an amazing match

Get in touch and let's get started

Hire a great candidateGet hired by a great company